Say hello to the newest mesh bodies on the SL Grid – Cinnamon & Chai – both by Siddean Munro. You should probably recognize her name as the creator of the SLink Physique and Hourglass mesh bodies, as well as the wildly popular SLink mesh feet. Now she is breaking ground (once again), coming through with two bodies that will dramatically improve your avatar’s appearance and make you fall in love with yourself, lol.

Released on November 16, Cinnamon & Chai are two different bodies that come bundled together. You will not need to purchase them separately. Both bodies are identical in the meshwork. However, it is the UVs that differ.

For users who want to wear skins created using the SL Uv, then stick with Chai. It will offer you the most “out the box” options as it works with system layer and BOM skins (but you’ll need to wear the included feet/ankle blenders).

Cinnamon requires skins made specifically for her – skins created on the SL Uv will not work. But what you get from this body is outstanding specifically the asymmetry (with two arms, hands, and feet), allowing for unique looks in skins, clothing, and tattoos. As a bonus, she comes with 19 skins in various ethnicities/tones. As shown below, I am wearing the bra & panty set that is included with both bodies (created by Siddean) and the skin in tone Milk Chocolate.

Personally, I love the curves and “plushness” on both of these bodies. A nice fleshy (not fat) booty, perfectly full and rounded breasts (no more side boob stretching!!), and more natural-looking curves to my hips and thighs – yes, please!

There are some things that Cinnamon and Chai both share, including:

As usual, Siddean thinks of everything! But there is so much more to these bodies than I can cram in this one post. Check out the official release video and read the FAQs for more info. Please note that Cinnamon & Chai are not SLink products – they’re an independent brand sold in a different store in the SLink region. They cannot be used with Slink compatible items except for appliers like nail polishes.

Looking for a new mesh body with some curve and sass? Head in-world, grab a demo, and see the clothing and appliers carefully crafted and curated by Siddean. You can also scroll the Cinnamon & Chai Creators Flickr Pool for compatible items from other stores/brands.

One thought on “Welcome, Cinnamon & Chai” 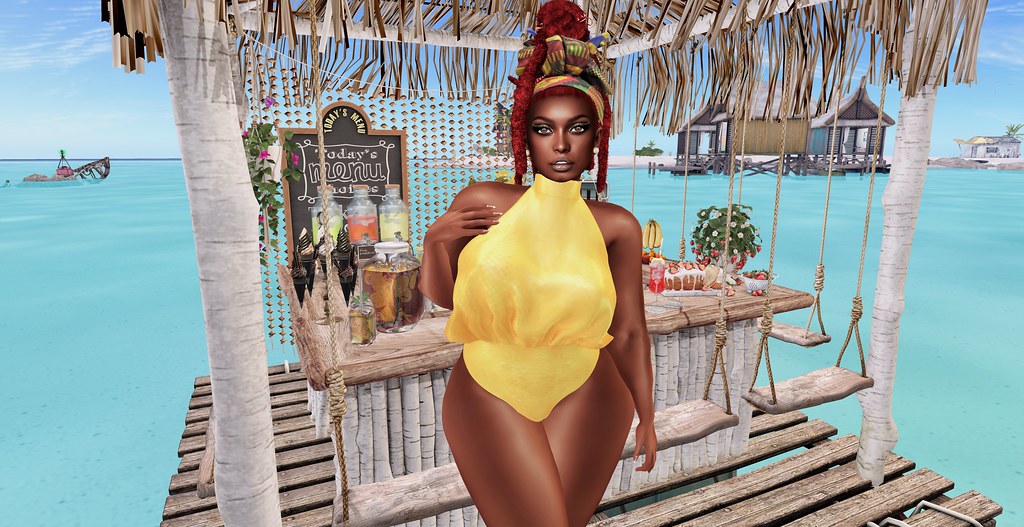